“In these stores, average monthly turnover has risen by 80% since March … Wishing to limit the risks arising from coronavirus, many people have abandoned traditional markets and grocery stores to go to our stores,” he added.

The competitive pricing of this channel is driven in part by the high proportion of its SKUs that are private label. Other factors encouraging consumers to switch to discounters (and modern retail formats in general) from traditional vendors include the fact that the former are less prone to supply disruptions and tend to have more stable pricing.

The first Supeco outlet in Africa opened in Senegalese capital of Dakar in April 2019, and there are currently three in the city. Brindeau revealed that a second Supeco outlet would open in Abidjan in January 2021, with the banner’s first Cameroonian store set for Douala two months after that.

The hard discount model is also thriving in Angola, where Mega Cash & Carry opened its first store under the Arreiou banner in December 2019. By the end of June, the number of stores operating under this banner had reached eight. All of these are based in Luanda.

Like Supeco, Arreiou offers discounts for bulk purchases. It claims to be “Angola’s first hard discount retailer … We offer a wide range of food products at the best prices on the market – at the level of informal wholesalers – for purchases per unit or in bulk, with a full guarantee of hygiene and food safety and the comfort and convenience of a modern supermarket.” 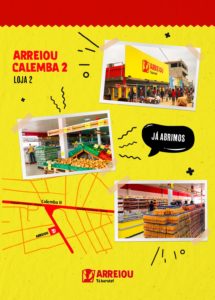 The Sagaci Research View: Well established in North Africa (BİM in Morocco and Egypt and Aziza in Tunisia), hard discounting is in its infancy south of the Sahara. Indeed, across most of the continent, it remains conspicuous by its absence. In the medium term, its market share at the national level will remain no more than a rounding error, but this channel will gain impetus as other chains take note of its success and seek to imitate it.

If you want a deep dive into the Carrefour’s African operations (where it is currently active in nine markets, with a tenth – Tanzania – to be added in the near future), you may be interested in our Carrefour Research Report

Tracking the big beasts of African retail
Still burning cash, Jumia positions itself as an online bridge to Africa
Deacons East Africa put up for sale by administrator

Retail heavyweights go toe-to-toe in Kenya
East Africa’s largest supermarket chain prepares to go public
Retail Holding buys out partners in CDCI
We use cookies to ensure that we give you the best experience on our website. If you continue to use this site we will assume that you are happy with it.Ok